On Dealing with Planner Fatigue 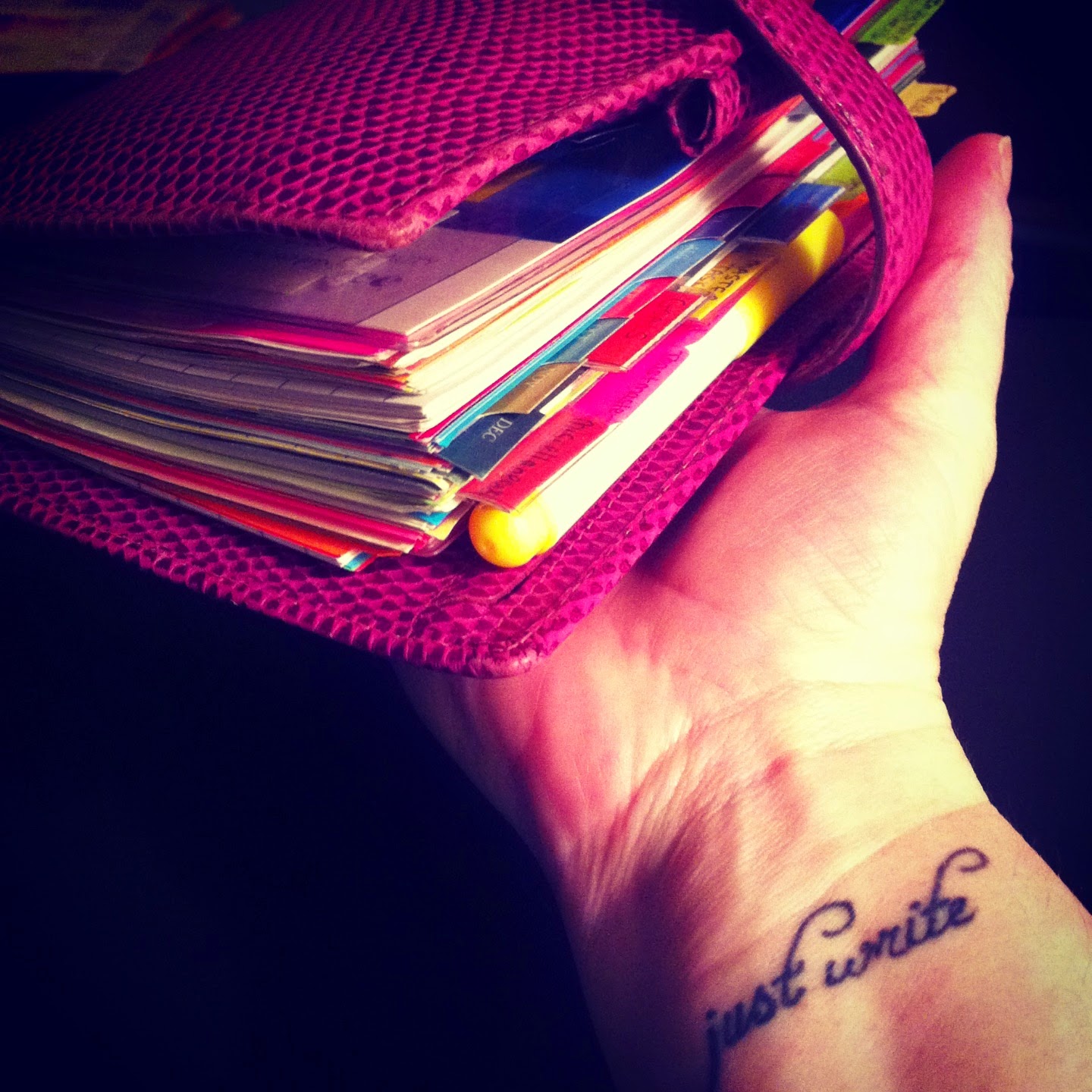 For those who don't know me, I am a paper planner nerd.  I have been ever since my first real job as a receptionist for a printing company.  Our bosses introduced the team to the Day-Timer planners. From the moment I saw it, I was hooked.  Even before the Day-Timer, I used the free pocket calendars from Hallmark to note birthdays and such.  But the Day-Timer was definitely the turning point for me.

I used a paper planner consistently for several years, and then backed off a little bit.  I don't really remember why.  And then I was introduced to the Franklin Covey planner system, and once again, it was love.  The Franklin Covey system was even more in-depth than Day-Timer, because it helped me focus on my goals, and getting those goals broken down into manageable tasks.

I continued with the Franklin Covey system for several years, becoming more and more dependent on it as the years went by.  My system became a well-oiled machine.  Soon I started to wonder about other ways I could use my planner, and so I started reading blogs and looking at photos of planner pages on Flickr.  Yes, I had it bad!

It was then that I was introduced to Filofax.  I had heard the name before, but never dreamed of moving away from my Franklin Covey, so didn't look into it further.  Until I saw the photos.  Oh, the photos.  There were so many!  From there I stumbled upon YouTube videos.  Yes, YouTube videos! People actually filmed themselves flipping through their planners, and sharing how they setup their planners.

It was nirvana!  I had found my Happy Place!  Not only was I able to see how others used their planners, but now I had a community of people who loved their planners as much as I did!  Woohoo!

It wasn't long before I started taking photos of my own planner, and I even created my own YouTube channel and started recording videos of my own!

Fast forward to the end of 2014.  I was in a new, more demanding, position at work, the daughters' school and activity schedules were busier, and life in general was just more hectic.  You would think that I would have become more dependent on my planner than ever, but for some reason the opposite occurred.

I started entering appointments and reminders in Google Calendar.  And my tasks went into Remember the Milk.  Everything was electronic, and so EASY!  I could access everything on my phone (iPhone 6 Plus = I can see!) or my laptop.  I shared my calendar with my husband so he could see on his own what was on our schedule, rather than having to ask me.  My tasks were set up to recur automatically.  I didn't have to rewrite anything, and just had to click a box to complete a task. It was awesome!

Still, there's a sadness in my heart -- a feeling of being unsettled.  I miss the paper, and the pens. And I miss my lovely Ochre Malden, with the soft, squishy leather.  I've tried several times over the past month or so to go back to a paper planner, but just a few minutes into it I'm turned off by having to write everything down.  I just don't have time for that.  And the desire is not there, either.

For those who are not in the paper planner world, I'm sure you think I'm a nutcase.

But those who do use a planner know where I'm coming from.  I'd love to get some feedback from you. What do I do?  How can I find a happy balance between using my paper planner, and having the ease of the electronic world at my fingertips?

Thanks a lot for stopping by.